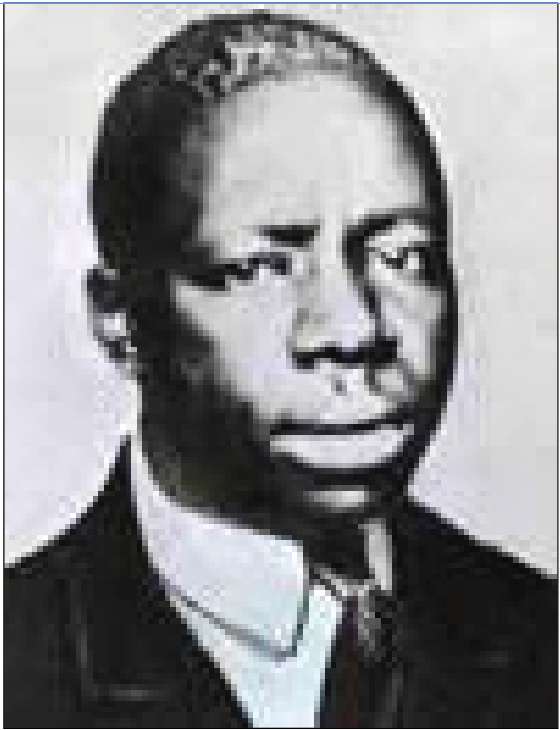 In 1993, the U.S. Army commissioned a study by Shaw University in North Carolina to determine if black soldiers who had received the Distinguished Service Cross during WW II might deserve the Medal of Honor. The study recommended that 10 of those military men could receive the award. Further study by the Defense Department recommended that seven of those men be awarded the Medal of Honor. President Bill Clinton presented those medals on January 13, 1997. Only one of the seven was there to receive the award. The other six were presented posthumously, including one to Private George Watson, a former resident of Birmingham, Alabama.

George Watson was born in Laurel, Mississippi on March 24, 1914. His family subsequently moved to Birmingham. After high school, Watson attended Colorado A & M [now Colorado State University] and graduated in 1942. He was married with one daughter but there are no records of their names. At the time he was drafted September 1, 1942, his marital status was listed as separated with one dependent. After attending basic training at Camp Lee, Virginia, he was sent for further training to Charleston, South Carolina. Upon completion of training, he was assigned to the 2nd Battalion, 29th Quartermaster Regiment embarked aboard USS Hermitage [AP-54] at Newport News, Virginia.

The Hermitage departed for the Pacific Theater on December 27. Watson was assigned as a Laundry Specialist for his battalion. His ship arrived in Brisbane, Australia in January 1943. On January 31, Watson was assigned to the SS Jacob, a U.S. Army controlled Dutch steamer.

The Jacob was near Porlock Harbor, New Guinea on the morning of March 8, 1943, when it was attacked by Japanese bombers. The ship received three direct hits resulting in out-of-control fires, causing the order to “abandon ship.” Watson and his shipmates jumped into the water with a small number of rafts. Many of the soldiers in the water could not swim. Watson made several trips, helping those soldiers to a life raft. As the ship sunk, it pulled the exhausted Watson down with it. His body was never recovered.

For his heroic efforts in saving his comrades, with disregard for his own safety, Private George Watson was posthumously awarded the Distinguished Service Cross on June 13, 1943. He was the first black American service member to receive the award in WW II. Watson is honored by a memorial at the Manila American Cemetery in the Philippines. Later, a military field at Fort Benning, Georgia was named The George Watson Memorial Field.

When Watson’s award was upgraded to the Medal of Honor, it was presented by President Bill Clinton on January 13, 1997. Sergeant Major of the Army, Gene C. McKinney accepted the award on behalf of the family. The medal is displayed at the U.S. Army Quartermaster Museum in Fort Lee, Virginia. Watson had one surviving family member, a daughter, Kay Adams who lives in Cleveland, Ohio.

Watson was further honored in 1997 when the Navy named a ship in the Military Sealift Command, the USNS Watson in his honor. On Memorial Day, 2003, the Alabama Veterans Memorial Foundation in Birmingham honored Watson with a ceremony and plaque.