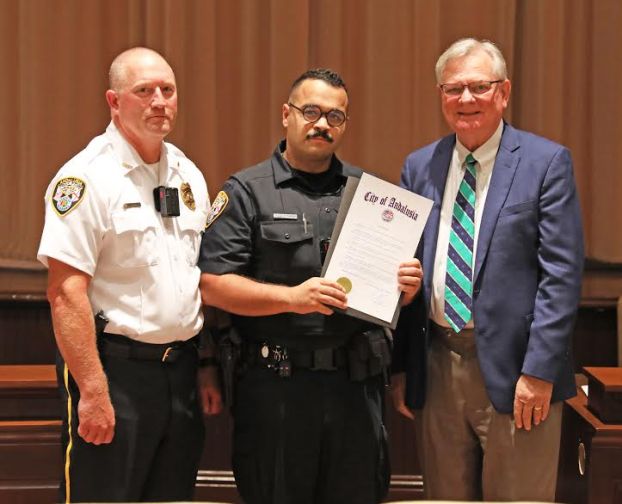 Mayor Earl Johnson, right, and the Andalusia Council recognized Officer Camron Ragland, center, tonight. Officer Ragland responded to a call during Hurricane Sally and found a mother who had just given birth to a baby girl who was unresponsive. Officer Ragland, who joined the local force earlier this year, performed CPR and brought the baby girl back to life by the time paramedics arrived. He later visited them at the hospital, where both mother and baby were reported to be fine.

Ragland said certification in infant CPR is required at the Police Academy, but prior to September, he had never had to use it before.