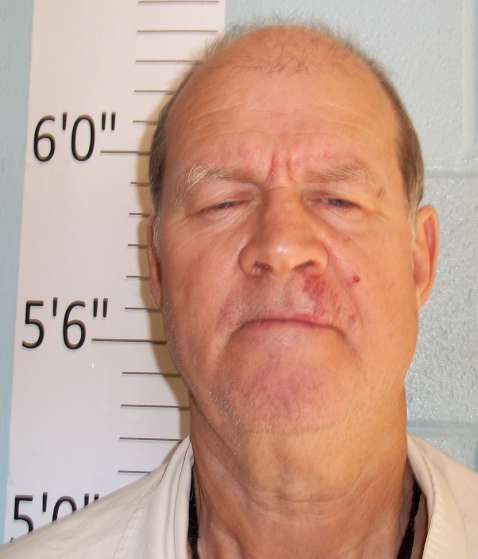 2004 MURDERER UP FOR PAROLE NEXT WEEK: William Carroll has served 16 years of a life sentence for murdering wife

16 years after William Mack Carroll murdered his wife in front of his two daughters, he is now scheduled for a parole hearing next week.

On Thurs., Sept. 9, 2004, days before Hurricane Ivan ripped through Covington County, 15-year-old Shannon Wilson was told by her mother, Helen Jackson Carroll, that she would not be joining her at her father’s worksite that afternoon after school.

“It was my sister and I’s freshman year of high school,” Wilson said. “We rode to school that morning with our mom, who also worked at Florala High School. I remember that we had ham sandwiches with mustard that day for lunch. It’s amazing the little details that you remember. My dad was a carpenter, and he was building a house, so after school, we would always ride the school bus to the worksite, but that day, my mother told us that she wasn’t going to go to the worksite that day, that she was just going to go home. My sister didn’t want to go to the work site so she told me to tell my father that she went home because she was feeling sick and I knew that she was going to get in trouble.”

Wilson said that her father had always been abusive in every way possible.

“He would constantly threaten to kill us,” Wilson said. “So I knew when I told him that Katie wasn’t going to the worksite that he was going to be mad. When I told him, he started cussing at me and just cussing in general like crazy. After cussing some more, a little while later he came to me and said that he was going to leave the work site early because he had to show me something when we got home.”

She said that her father always acted differently at times and that she never knew what was going to set him off.

“I didn’t think anything odd of his behavior,” Wilson said. “Even when he took the long way home that night when he said that he was going to get off of work early. Sometimes his behaviors were out of character for him, but there were some things that you knew exactly what he was going to do, like his routine whenever he got home from work. He would always sit in his truck forever, and then he would change into these horribly ugly green shorts. He would never go back into his bedroom until he was going to bed and that is important.”

After getting home, what started off as a normal night took a turn for the worst.

“My mom had cooked eggplant casserole that night,” Wilson said. “I went up to her and I told her that my dad said that he had something to show me and I’m sure it has something to do with you. She looked at me and said, ‘Well, I’m ready for it whatever it is.’ Well, he came out of the bedroom in those ugly green shorts and made himself a plate. He never sat down. He just stood in front of the wood-burning heater and watched T.V. and ate. My parents didn’t have an argument, and rarely did my mother ever get angry, because she was a very gentle soul. It was usually just him screaming, cussing and throwing things and my mom just taking it. This time, he asked her why she didn’t show up to the worksite and told her that she better show up tomorrow and then she snapped back saying, ‘This time buster, you’re not going to tell me what I can or can’t do.’ After that, he went back into the kitchen, got a second helping of food and then turned the T.V. up extremely loud.”

Wilson was sitting next to her mother while she was sewing and then had a feeling she can only describe as God telling her to move, that something bad was about to happen.

“My father started walking around the couch very slowly,” Wilson said. “Slowly going towards his bedroom and I just get this strange feeling. I know that it was God telling me that something was not feeling right, that I had to move. We felt afraid every day that we were with him, but this was a different feeling.”

After getting up to move, Wilson said the last words that her mother would ever hear.

“I walked by my mom and stopped,” Wilson said. “I said, ‘Momma, we shouldn’t have to live like this,’ and those were the last words that my mother heard while she was alive. My dad was still in his bedroom and they had separate closets, but they always shared a closet because his wasn’t big enough. He walked in, turned the light on and then walked back out into the living room and he had a shotgun.”

Wilson said that she was completely locked in place and could not say or do a thing.

“It was like everything was tunnel vision when he came out with the gun,” Wilson said. “I couldn’t hear anything even though the T.V. was turned all the way up and everything was just roaring in my ears. I just stayed in one spot. I locked eyes with him. He stopped and looked at me and then shot her in the head. Not only did he shoot her in the head, after he did that, he shot her in the arm, and then shot up the house. There were about 20 bullet holes in the house.”

Wilson and her sister both escaped out of their bedroom window and ran for their lives before their neighbors called the cops. Their older sister, Annie, was 19 and had moved out.

According to the Star-News archives, William Mack Carroll, who was 47 at the time, was charged with murder, and was held on a $1 million bond. Carroll shot his wife with a .22 caliber rifle and a 12-gauge shotgun.  He was sentenced to life for murder on Oct. 13, 2006.

According to the Alabama Department of Corrections’ website, Carroll is on “minimum-out” status, meaning he has been deemed to not pose a significant risk to himself or to others, and is suitable to be assigned off-property work details. He is being held in a pre-therapeutic community program.

Wilson is scared for her life and the lives of her family members if he is set free on parole.

“If people even wear shoes that he wore, I have a panic attack,” Wilson said. “I am afraid that he is going to hurt me or my sisters or our families. I actually live in the same house that it happened in, so he would know where I am. Even if he doesn’t have intentions to harm us, no amount of time in prison can bring my mother back. I don’t feel comfortable with him being free. I don’t feel safe for my family.”

Sixteen years after the murder, as a mother, Wilson said that she still doesn’t understand why he did it.

“Especially now that I am a mother,” Wilson said. “I don’t understand how somebody could hurt their children in the way that he hurt us. He still has not apologized. He has no remorse.”

Wilson has started a petition on change.org which has already been signed 1,589 times. (Visit change.org and search William Mack Carroll). She encourages anyone who wants to sign to go to the petition website, or mail a letter to her address. She also encourages people who would like to show up to the parole hearing that they are welcome to show their support and be there. 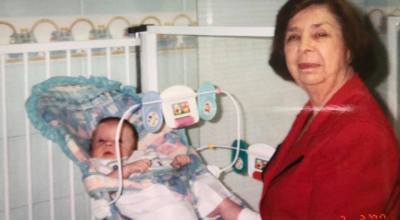 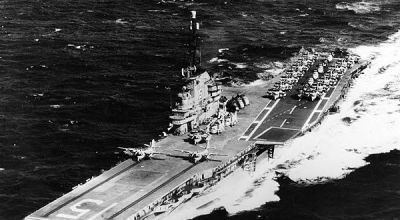