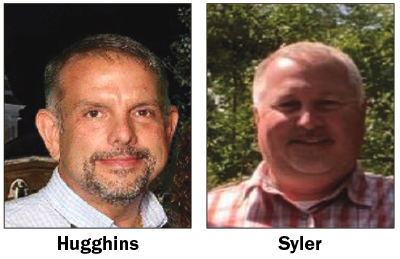 The Covington County Sheriff’s Department has a new face at the helm of jail operations and a new head of patrol.

Turman said that Hugghins has many years of experience in the business operations in the private sector, specifically Hugghins Sod Farm.

Turman said that he needs someone who can be attentive to the jail’s needs and help with the day-to-day operations.

“I know that Thomas will do this,” he said. “I feel like we have the right man for the job. Thomas doesn’t technically start until Friday, but he has already been here working.”

Turman said that Alan Syler has been promoted to head of patrol for the sheriff’s department.

Syler has worked for the sheriff’s department for more than a decade and has previously served as a deputy sheriff, jail administrator and assistant head of patrol.

Turman said he is really excited about the changes within his department and what the future holds.

“I know they both will do a really good job for our community,” he said.