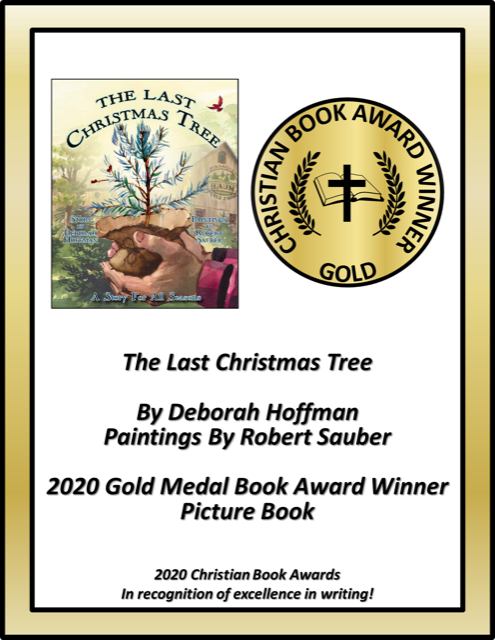 Local writer Deborah Hoffman was awarded the 2020 Gold Medal Christian Book Award today for her children’s book, The Last Christmas Tree. Hoffman has been a writer all throughout her life, but she has found new motivation as of recently.

Hoffman was excited about the success of her book. “We received such a lovely review from the owner of the Christian Book Award. I was really touched by it and it was really warm,” Hoffman said. “It was exciting to read.”

Hoffman’s award-winning book was crafted during the Christmas holiday season. “Two weeks before the Red Level Christmas parade, I was inspired to write this book,” Hoffman said. “After the parade, I sat down and wrote the entire book in one hour and 15 minutes. I copyrighted it and then I left it there for a while. None of the publishing houses at the time felt right, so I waited to publish it.”

“It’s a story of not giving up and being exactly who you are, even though we aren’t the same as everyone else.”

Leaving the book alone and focusing on other projects was the right decision at the time, said Hoffman. Once she felt ready, she began searching for an illustrator to collaborate with.

“About a year ago, I began looking for an illustrator. I didn’t like the illustrators that the publishing houses had because they didn’t capture what I wanted for my book,” Hoffman said. “We decided to tuck it away and my daughter Abby came with a list of 50 illustrators for me to look through. I found one named Robert Sauber and I really liked his work. I contacted him and we set everything in motion.”

Last December, Hoffman had a successful pre-launch for her book. “In our pre-launch at the end of December, we sold 300 books in two weeks,” Hoffman said.

Hoffman published her latest book with her own publishing company, PipStones LLC. “Indie publishers are people who individually publish their books, and we are a modified version of that. We are joint publishers with Mascot Books, which gives us access to more resources without having to build them on our own. We have a dual goal, to help others publish and to help ourselves.”

Hoffman has produced many short stories and other works from multiple genres. “We have a wide variety of things we’re working on,” Hoffman said. She is currently editing two of her upcoming books, a Christian murder mystery novel entitled Except A Seed… and an interactive musical children’s book named Eskimo Joe.