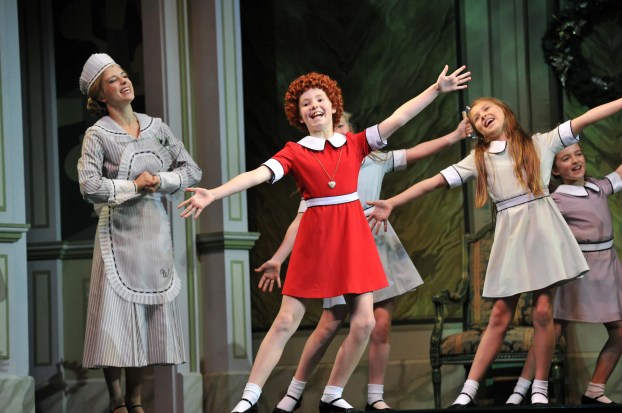 CCS to present Annie: The Musical

Auditions for this year’s musical are set for Oct. 5 and 8, at the CCS Board of Education office located at 807 C.C. Baker Ave., in Andalusia.

Annie is based on Harold Gray’s popular comic strip Little Orphan Annie. The comic strip premiered in the 1920s in the New York Daily News, and became one of the most widely read strips in the 30s and 40s.

Lyricist-director Martin Charnin bought a coffee table book called “The Life and Hard Times of Little Orphan Annie” as a Christmas gift for a friend in 1970. The clerk at the bookstore was too busy to wrap the book. So, Charnin took the book home to wrap it. Instead, he read it and fell in love with the strip, and set out to secure the rights, Christmas week of 1970. The friend never got the book.

Charnin championed the idea to colleagues Charles Strouse, a two-time Tony-winning composer, and Thomas Meehan, a short story writer for The New Yorker. It took a great deal of campaigning to get them interested, but the team was finally formed in 1971, when they began to write the musical.

After being completed, the musical was auditioned for 23 producers, all of whom turned it down. Finally, in the summer of 1976, Michael Price agreed to present it at the Goodspeed Opera House, where it underwent numerous changes, until Lewis Allen and Mike Nichols decided to produce it as their first Broadway venture.

The story starts out with the main character Annie living in Miss Hannigan’s orphanage. Her luck soon changes when she’s chosen to spend a fairytale Christmas with famous billionaire, Oliver Warbucks. Meanwhile, Miss Hannigan has other ideas and hatches a plan to spoil Annie’s search for her true family.

To audition, register at https://forms.gle/Px3vcYVp7fdktwu26.

To be a part of the crew, visit https://forms.gle/1MtFDdV4inzY1Uio6.